Today we ventured into class B airspace for the first time. We did a short cross country flight to Orlando Executive (ORL), a downtown class D airport a few miles from Orlando International (MCO), one of the ten busiest airports in the country. (See my Cross Country Map.) 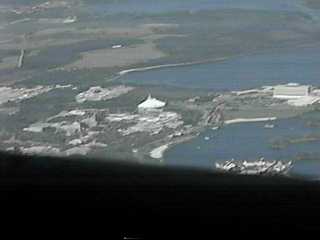 The flight involved a lot of radio work- calls to St. Petersburg Flight Service to open our flight plan, Tampa Approach to request flight following, Orlando ATIS to listen to weather and arrival info, Orlando Approach for permission to enter class B, and ORL Tower and Ground- for a forty-minute flight.

Our route took us directly over the Magic Kingdom at Walt Disney World (above and left) and Universal Studios Florida (below left) and within a couple miles of the skyscrapers of downtown Orlando. (The videotape ended about the time we landed, or we would have gotten better shots of downtown.)

In the top photo, Disney’s Contemporary Resort Hotel (the one with the monorail running through it) is the building on the left edge, between the two bodies of water. Those are Bay Lake on the top and the Seven Seas Lagoon. 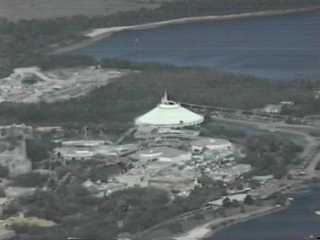 The photo on the left shows the Magic Kingdom and was shot from about the same spot as the top one. Notice Space Mountain in the center.

2003 note: The airspace over Disney World is now a restricted area, so this is another experience today’s pilots are denied.

Our arrival was interesting; I was put on a long downwind (maybe four miles before turning base) and cleared to land, then descending at 200 feet almost over the runway, I was told to go around. 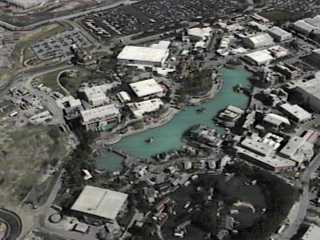 Usually “cleared to land” means just that, so we don’t know what happened, except that the tower decided the plane behind us should get to land first. Right before the go-around instruction, the tower got a personal call that sounded like something you’d hear on a CB radio. (“Is that you, —-? It’s —. What are you up to?” Real professional, eh?)

The visibility was so high that before we landed, we could see the Vehicle Assembly Building at the Kennedy Space Center, 37 miles away. There was even more radio work involved to get home- ATIS, ORL Clearance Delivery, Ground, and Tower to get airborne, Orlando Approach (class B entry), St. Petersburg FSS (flight plan), Orlando Approach again, then Tampa Approach. 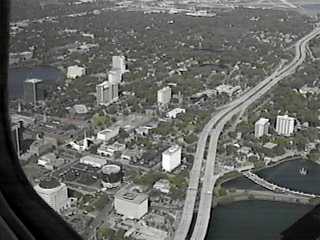 My CFI said this is as hard as the radio work gets, and I guess I did OK, because he signed me off to fly solo within class B airspace. He also said this is the last lesson I need before checkride prep. 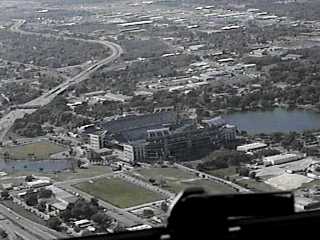 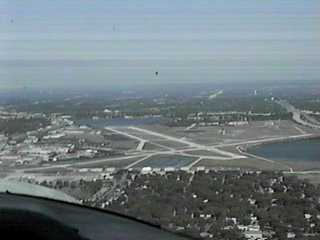 The Florida Citrus Bowl and Orlando Executive Airport (above) 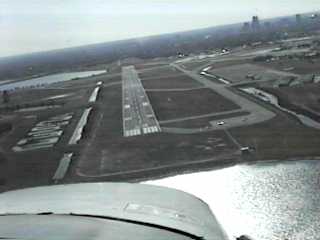