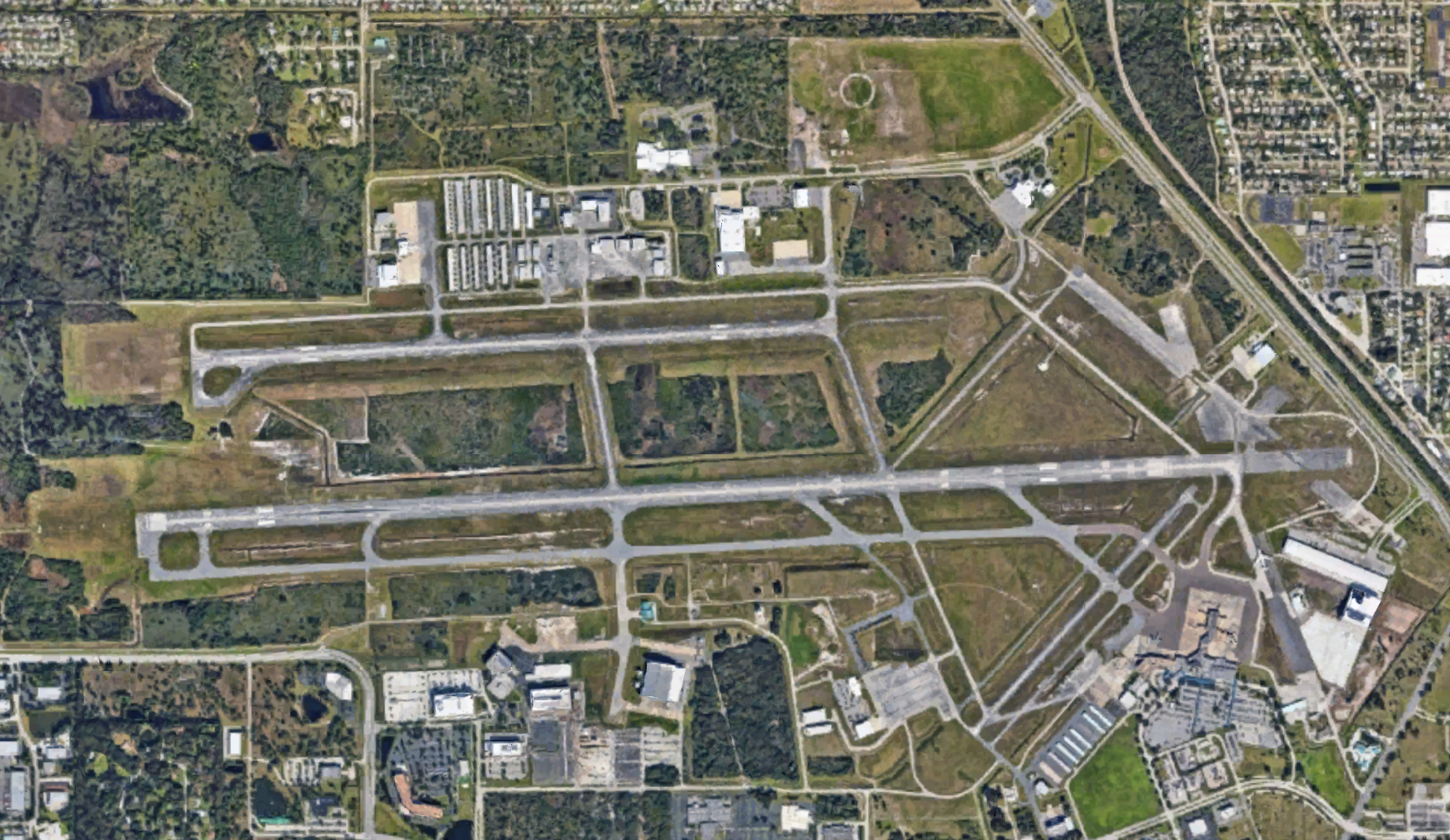 Today I finally made my second solo cross country flight, to Melbourne (MLB). (See my Cross Country Map.) About halfway there I realized I hadn’t seen any traffic, then looked left and saw a small jet about two miles away, at my altitude, headed in the opposite direction. It was a little hazy in the middle part of the state, but the weather was otherwise nice. I had been along that route twice, so I didn’t have any trouble finding Melbourne.

This was the first time I’d been to a controlled airport by myself. I had written a script to guide me through it. I asked for clearance to land, and was told to enter downwind and report at midfield. I did, but heard no response. I thought the controller was busy with other traffic, but there was no other talk on that frequency.

I reported again as I passed the end of the runway in case my previous report wasn’t heard. Again, no response. I knew I wasn’t supposed to turn or land without permission, so I kept going.

Soon I was over the coastal islands, and called again to say that any instructions for my aircraft were not received. I was about half a mile out over the Atlantic Ocean wishing I had a better grasp of the light signals used in case of radio failure when the tower called and asked my intentions.

I finally got cleared to turn and land, so I had about a three-mile final back over the islands and Intracoastal Waterway. There wasn’t much traffic (nobody else in the pattern on that runway), so I’m not sure what happened. Maybe the tower didn’t hear my calls, or they responded but my radio didn’t receive their response, or they were busy with another frequency.

I need to log three full-stop landings at controlled airports, so I did one today. (It was also a clever way to slightly increase my solo and cross country hours.) I called ground after landing and was given immediate clearance to taxi back to the start of the same runway.

There is a parallel runway which extends beyond the one I used, and in my attempt to go all the way to the end, I taxied past the end of my runway without realizing it. I was on a taxiway to the other runway when the tower called to say I missed my turn.

I thought they meant I had crossed a runway I wasn’t supposed to. I didn’t figure out exactly what I had done wrong until I looked at the airport diagram again after returning home. (My flight instructor later admitted that he’s made the same mistake at Melbourne, so I didn’t feel so bad.)

I had the diagram with me in the plane, but only looked at the runway layout without paying attention to the layout of the taxiways. The tower was good about it, though, and cleared me to use the longer runway after a large jet landed on it. That set me up for a straight-out, due west departure I needed to get home.

I flew directly into the sun for a while, and it was a little unnerving to hear the tower call to warn about traffic at twelve o’clock that I couldn’t see.

Getting to Melbourne was about eighty percent of the day’s work. Away from the airport I turned a few degrees to get the sun off to the side, and saw it slowly shrink and fall.

The checkpoints pretty much went out the window, since I knew my way back well enough to look at the ground to tell whether I was on course. I really enjoyed the last half of the return trip, watching the sunset over the Gulf of Mexico.

It was nearly dark when I got back, but not late enough to log it as night. My original time estimate turned out to be very close; I was five minutes late for the round trip.