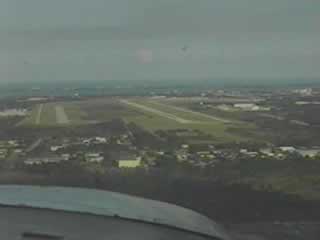 The weather was back to normal for this time of year (about 70, clear, light winds), and the traffic was very light most of the way. Heading out from Tampa, our flight path took us over a couple of familiar airports: Plant City (PCM) and Lakeland (LAL).

A few minutes later we passed over Winter Haven with its hundred or so lakes. The second half of the route was over fairly remote areas until Melbourne came into view with the Atlantic Ocean behind it. 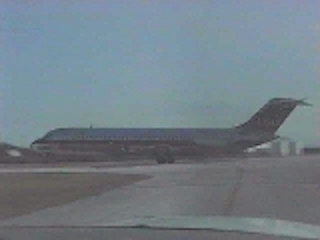 Melbourne is a Class D airport, so I got some more experience dealing with ATC. It was a little easier than last time, since they answered me quickly and cleared us for a straight-in approach.

It’s probably the busiest airport I’ve landed at so far; after taxiing off the runway I had to stop before crossing another to let an airliner (DC10 or 737, depending on whom I ask) go by. We spent a few minutes at the airport, then the fun really started. 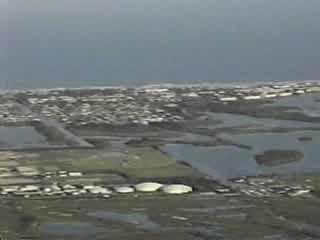 My CFI mentioned that the Kennedy Space Center wasn’t too far away to visit on the way back (about 20 miles), so we took off to the north. I called Patrick Air Force Base (COF) so we could pass through their airspace over the Indian River past Cocoa Beach, then got clearance to enter the restricted area around the Space Center.

As we passed by a couple of miles from the Vehicle Assembly Building, where the Space Shuttles are stored, both of us were stunned to hear

Runway 33 is part of what is formally known as the NASA Shuttle Landing Facility (X68), and we were being cleared to make a low pass over the 15,000 foot runway the Shuttles use for landing! 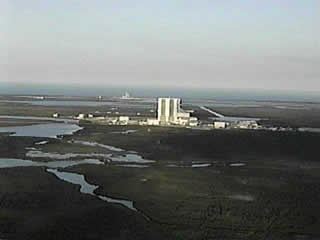 However, before we could get there a pair of jets were visible on the runway, and I was told to stay a half mile away. We did get pretty close to a place I never would have expected to get to fly near.

The surrounding photos are of the Kennedy Space Center Vehicle Assembly Building and shuttle runway. 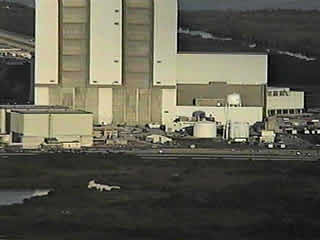 Our side trip over the Kennedy Space Center wreaked havoc with my return leg, since we were at least 30 miles off course by then. As we turned southwest past Titusville, I finally remembered to open our flight plan. By the time we got back to our planned route of flight, we were a third of the way home. (Imagine my disappointment at missing a couple of checkpoints to fly over the Space Center!) 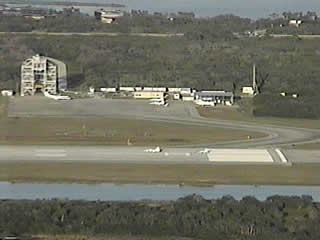 It wasn’t too hard to find the way back to Tampa in the late afternoon. I had to fly more or less directly into the sun, which we watched set over the Gulf of Mexico. That qualified the last bit of the trip as night flying. 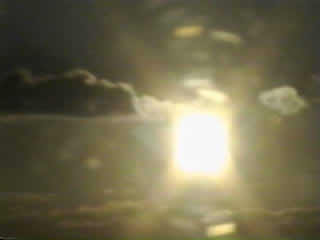 The Florida State Fair is in progress, and the Fairgrounds are just across the interstate from our airport, so another out-of-the-ordinary experience was turning and descending over the rides right before landing 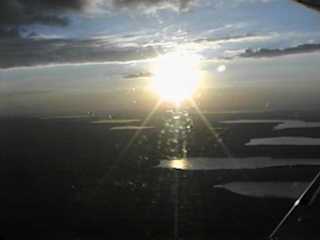 Today was quite a day. I saw both Florida coastlines, talked to civilian and military ATC, watched an airliner taxi right past me, flew through a restricted area, and made my first night landing. 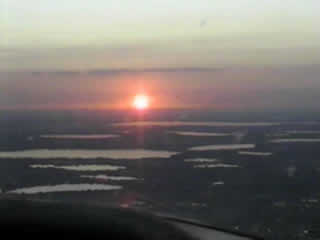