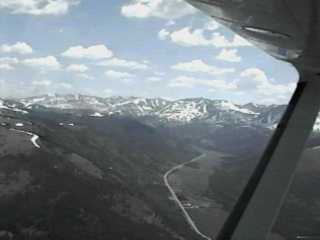 I had some time off, so I went out to Colorado earlier this month to visit some friends and family. This was two months after passing my checkride. Looking forward to flying in a different part of the country, I took my essential pilot supplies (headset, logbook, and credit card) with me. On the drive from Denver to where I was staying, I noticed an airport, Centennial Airport (APA), not too far out of the way and stopped there to buy a chart and get some rental and training info. Since I was only going to be there for a week, I just wanted to do some sightseeing flying with a CFI rather than go through the usual rental checkout. Later I was told that Centennial is the second-busiest general aviation airport in the U.S., but we never had any real delays. 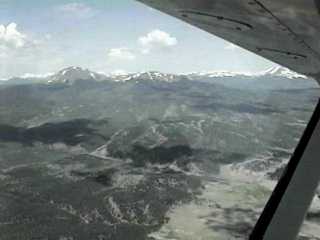 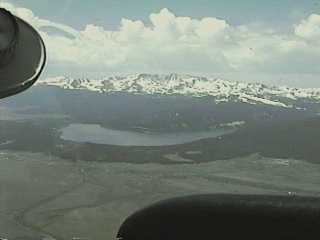 On the 9th, a CFI and I did a short cross country in a 172 down to Colorado Springs Airport (COS), my first class C airport experience. The first thing I noticed was that the runway at Centennial was higher above sea level than I had flown, so I set a new personal altitude record without leaving the ground. Density altitude is a major concern there as well, especially in the summer. (The thinner air at higher altitudes decreases a plane’s performance. Higher temperatures increase the density altitude.) Planes don’t perform as well, which became obvious on takeoff as the best climb rate we could get was about 300 feet per minute, half or less of what I’d expect at home.

Another big difference from Florida was the high visibility, caused by the low humidity and thinner air. I’m used to 20 miles being considered good, but in Colorado anything under 50 is thought of as poor, and 100 is not unusual. (This was the first cross country flight on which I could see my destination from above the starting airport.)

Rather than go directly south to Colorado Springs, we went west around the first row of mountains, coming within a few miles of Pikes Peak before descending to land. Here another difference came into play- not just the elevation, but the differences in elevation. All of Florida is within 400 feet of sea level, but on this flight we left an airport at almost 5900 feet, climbed to over 10,000 to clear terrain, then landed at about 6200. I was cleared to land and lined up with the runway at Colorado Springs while still over 3000 feet above the ground. I never had to lose that much altitude so quickly before. I did a touch & go there and flew fairly straight back to Centennial.

My first out-of-state flight went better than I had expected. I did just about all of the flying; the CFI did about half the radio work and helped me navigate. When we got back he said he was willing to sign me off to rent the club’s planes for local flying, which really surprised me. I never expected to hear that after two hours. (My Warrior checkout at home took longer than that.) I actually passed on the signoff, though, because I wanted to do something more challenging with him on board rather than fly around town on my own. 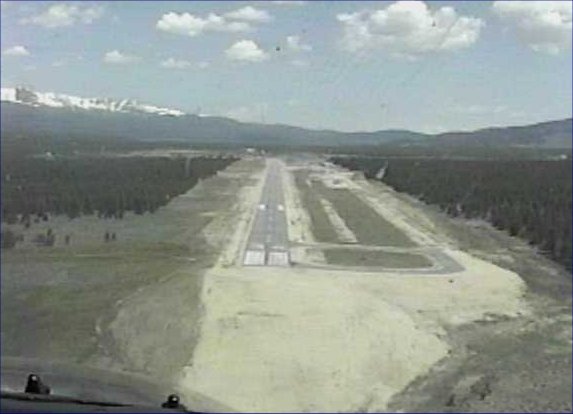 On the 11th, we took a 172 to Lake County Airport (LXV) in Leadville, which at 9927 feet is the highest airport in North America. We had to go quite a ways to gain enough altitude to clear some of the terrain ahead of us. We flew over some of the smaller mountains and around others. I was surprised to see how flat the land was between the mountains; there were many good emergency landing sites along the route, which I hadn’t expected.

The landing at Leadville was not tricky, but the takeoff was interesting in that we could only climb at 100 feet per minute. We used all of the runway, and held the nose down until well above the normal takeoff speed. On the way back, thanks to some updrafts, we got as high as 12,700 feet for a couple of minutes, high enough that we would be required to take oxygen with us if we were there for 30 minutes. 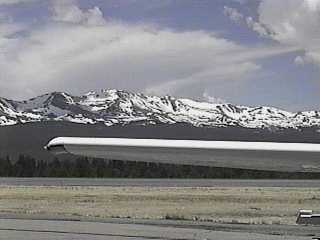 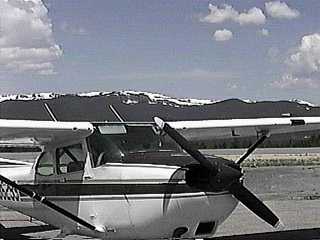 The Colorado flights were some of the best flying experiences I’ve had. The scenery was great, and being able to go to a different environment and fly with somebody I didn’t know without any real problems was very satisfying. (Thanks for the experience, Sean, if you’re out there.) We had a night flight planned, but got weathered out. 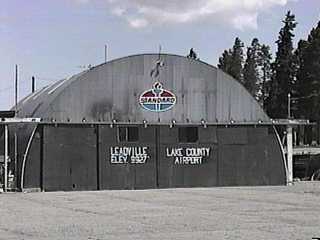