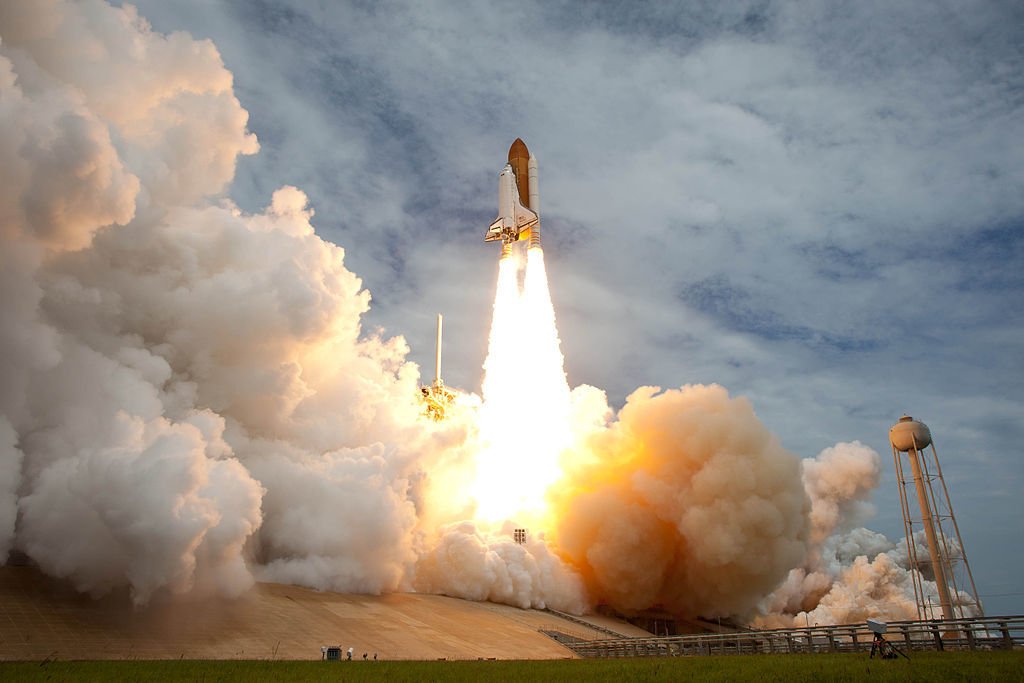 I had the 152 booked for some lunchtime solo practice today, but when I checked the weather info, I found that VFR was not recommended until at least 1 pm, so I cancelled.

About an hour later, my flight instructor called me and invited me to fly across the state to watch the Space Shuttle launch. We filed a flight plan to Titusville, one of the closest airports to the launch site, did some quick cross country planning, and saddled up a 150.

We got past Orlando, tuned to Patrick Air Force Base approach, and heard someone say the shuttle was in the air. It was pretty hazy (more fires) most of the flight, and although we were within 30 miles, the shuttle looked like a small red-hot bullet.

At that point, there was no point going all the way to Titusville, so we made a U-turn and landed at Kissimmee Municipal Airport (ISM) to count the trip as cross country. (See my Cross Country Map.)

It was just as well that we didn’t go to Titusville, since it was no doubt crowded with shuttle watchers. We heard several pilots asking air traffic control which airport was the closest to the launch and whether the launch had taken place but the controllers were too busy to play tour guide.

On the way back I did some more hood work. I flew most of the pattern by instrument reference, and was starting to wonder if I was going to be coached all the way through the landing that way. Finally I was asked to remove the foggles, and found myself on final lined up with the runway. I’m not sure if or how much my CFI worked the controls, but I doubt that I did it all myself.